(singing) "Make new friends, but keep the old..." We "met" the Churches through the Fulltime Families Facebook group. We are both very new to the fulltime RVing community (us just launched and them launching in a couple of weeks). Lots more similarities- they have 2 kids, a boy and a girl; and their daughter is right about Paige's age. They happen to live in the Orlando area. Mandie and I met them at Magic Kingdom back when we came for our anniversary trip. Tonight, we had them over to the camper for dinner.
In short- SO MUCH FUN!
It started with Logan hugging Karen before she was even in the door. And the girls hit it off like they were long-time friends. Mandie cooked one of my favorite dinners and everyone ate- we didn't even have to fallback to our backup hotdogs for the kids. Karen brought a fantastic dessert of fruit, short caked and whipped cream. After dinner, we went up to the rec center so the kids could play some oversized checkers and chess.
I can't wait to get together again!
The dynamic duo: 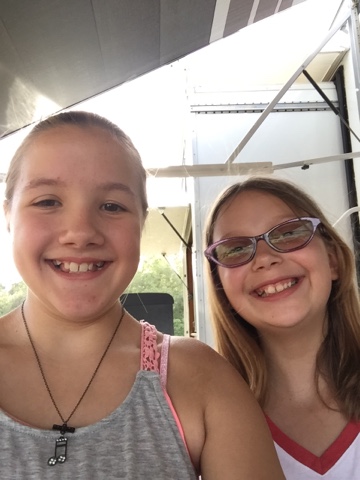 "Take some pictures", I said. I was tipped off by Steve's chuckling that something was amiss. She took 30-40 selfies in less than a minute... 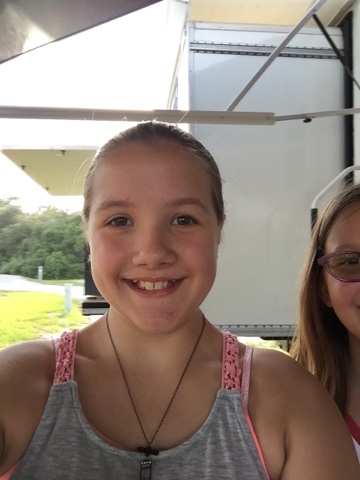 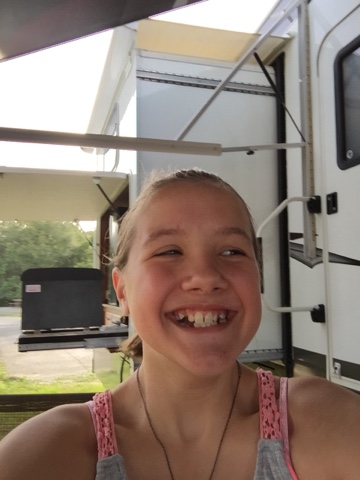 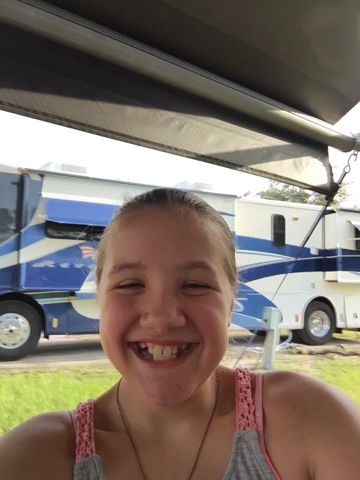 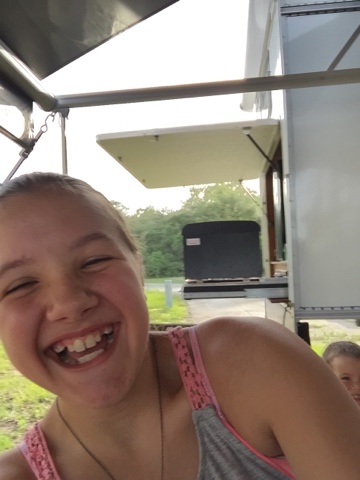 This is the most "camping" we've done since getting to Florida. It was remarkably nice out in the shade! 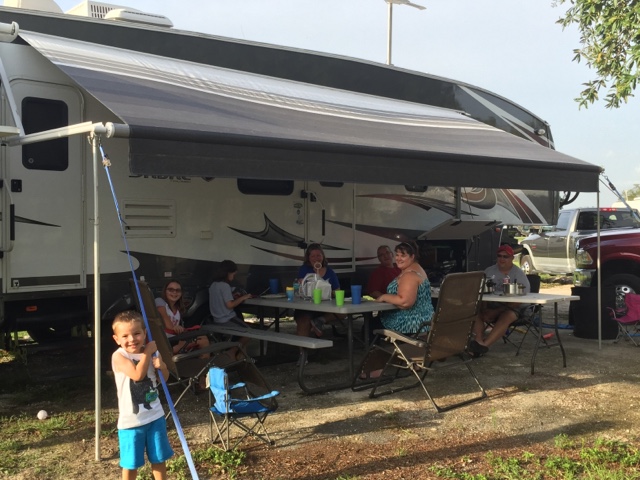 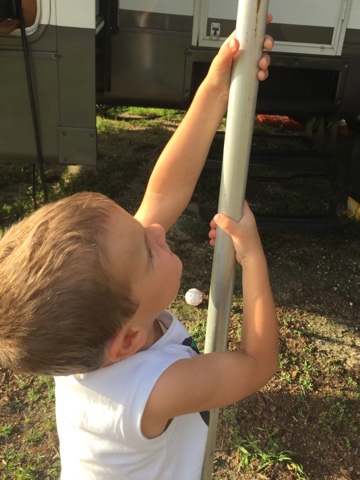 As far as I can tell, this is Karen's blue shirt. It makes a wonderful phone background! 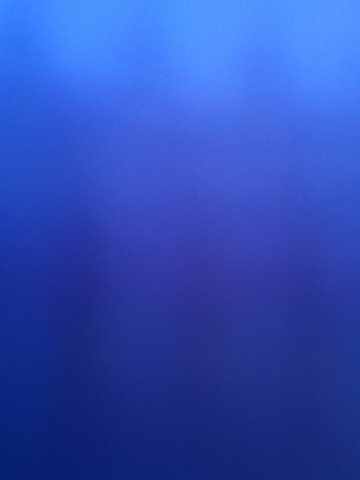 I won't lie, I'm a little jealous of Steve's truck. 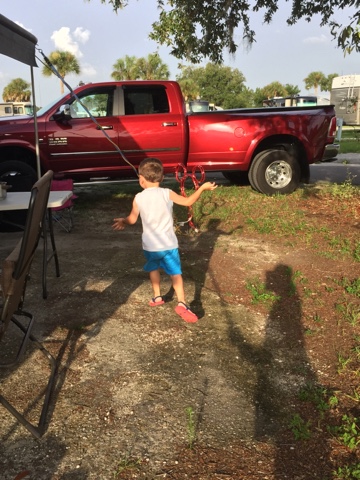 We laughed the whole time. 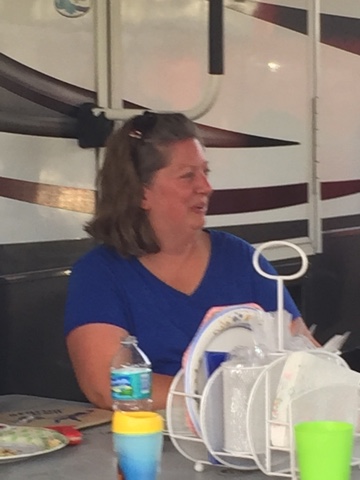 Unfortunately Aaron was left in limbo age-wise between the different ages. Minecraft to the rescue (and later, they all played chess and checkers together!). 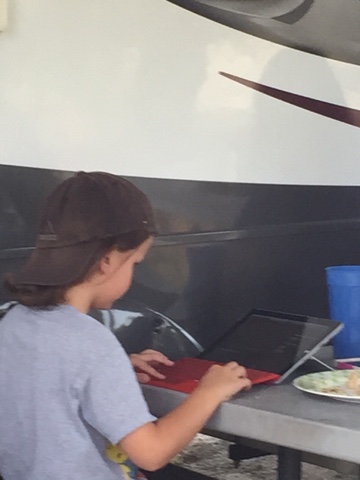 I'm supposed to say "Steve did not eat directly from the pots". 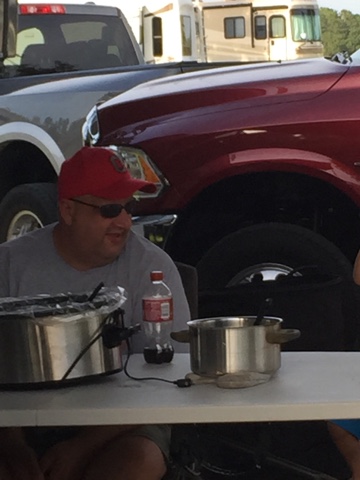 My hands make me think of the scene from Ace Ventura Pet Detective where he Ian"tuning the radio" on the projected screen. 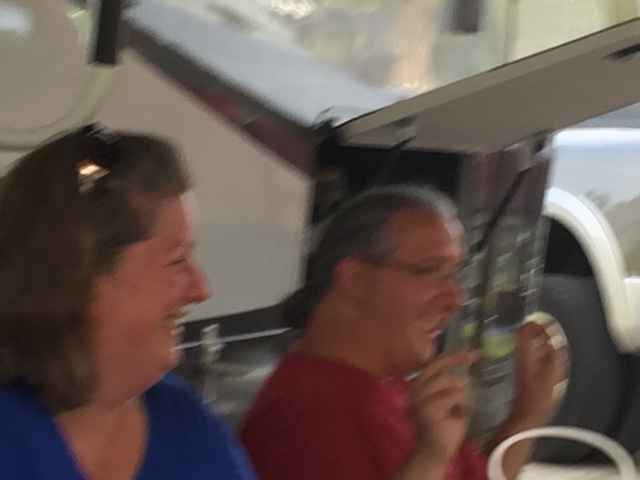 See, he DOES have a plate! 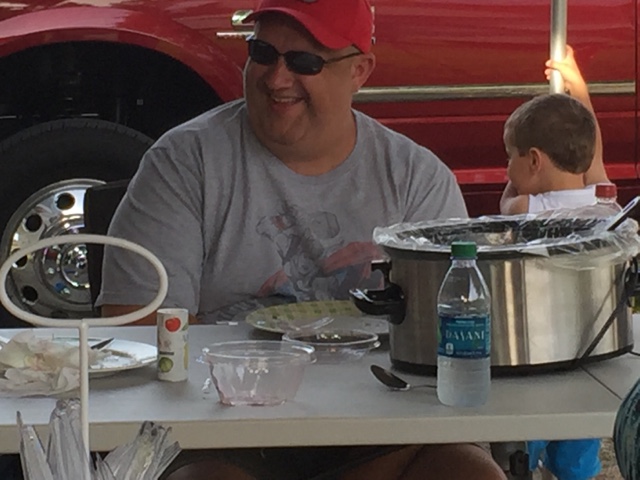 Thanks, Logan. I did need a picture of my refrigerator drain tube... Paige takes a pic of a shirt, Logan a drain tube. Kids these days... 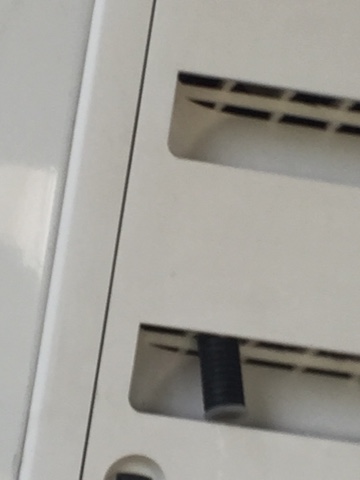 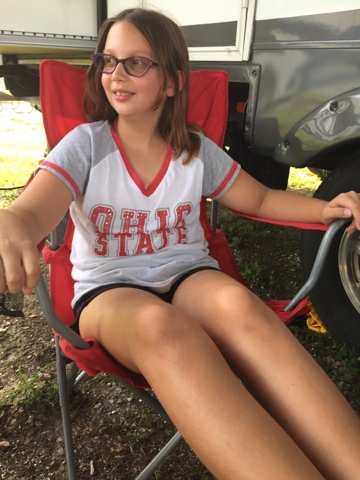 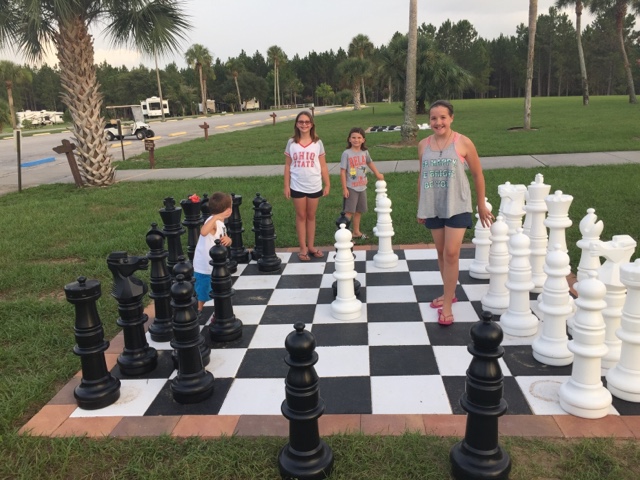 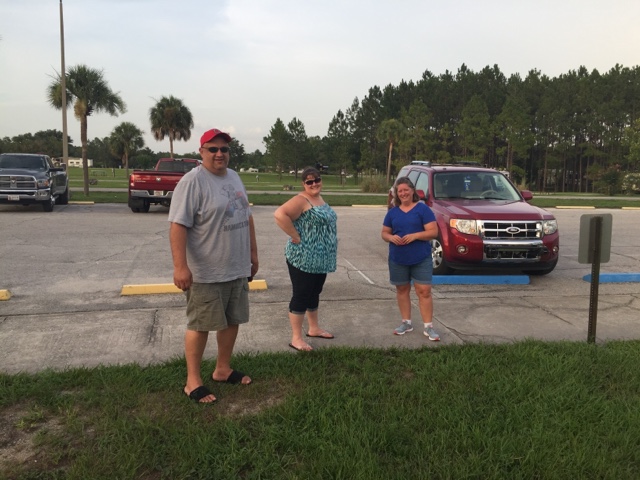 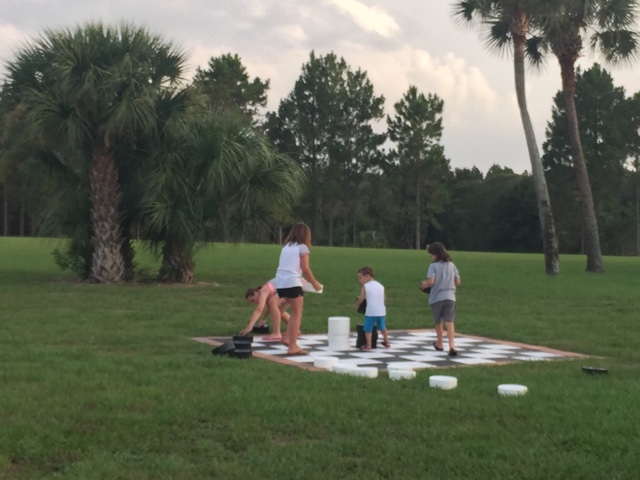 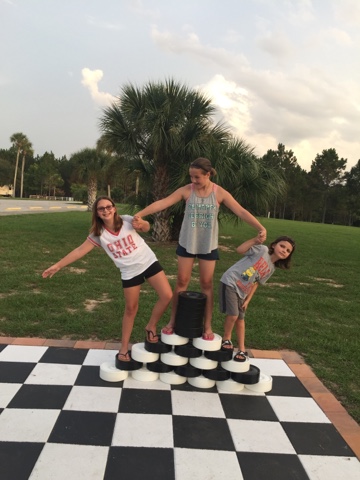 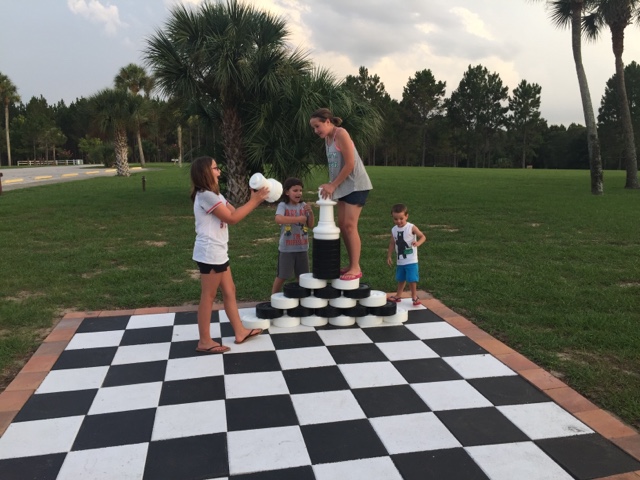 And now, unrelated to all of that... Mandie's handiwork- Logan's magnet board, Paige's space, and our family calendar. 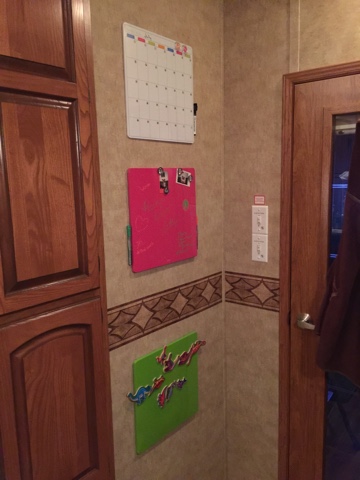